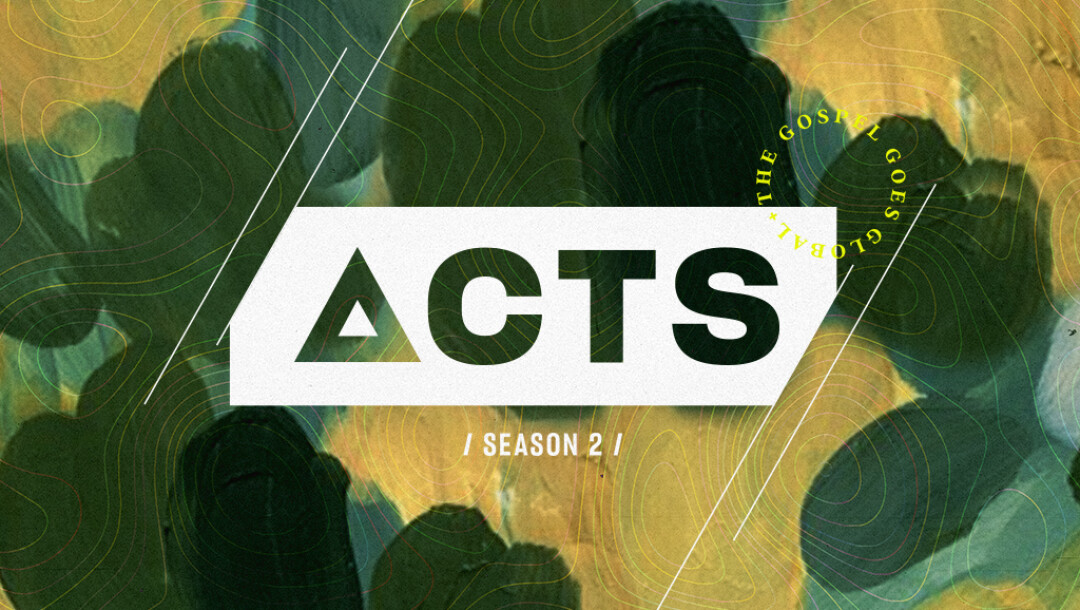 MY STORY | Starting Place
What were the first few days after your conversion like? Were you enthusiastic? Did you have “buyer’s remorse”? Talk about what happened.

DIGGING DEEPER | Practical Biblical Application
The Conversion of Saul
But Saul, still breathing threats and murder against the disciples of the Lord, went to the high priest and asked him for letters to the synagogues at Damascus, so that if he found any belonging to the Way, men or women, he might bring them bound to Jerusalem. Now as he went on his way, he approached Damascus, and suddenly a light from heaven shone around him. And falling to the ground, he heard a voice saying to him, “Saul, Saul, why are you persecuting me?” And he said, “Who are you, Lord?” And he said, “I am Jesus, whom you are persecuting. But rise and enter the city, and you will be told what you are to do.” The men who were traveling with him stood speechless, hearing the voice but seeing no one. Saul rose from the ground, and although his eyes were opened, he saw nothing. So they led him by the hand and brought him into Damascus. And for three days he was without sight, and neither ate nor drank. (Acts 9:1-9)

Saul’s conversion was very dramatic, and shines a spotlight on the ways that Jesus perceives what’s going on with His church—which, of course, also includes us.

What was driving Saul’s zeal? Why did he honestly think he was doing something for which God was enthusiastic?

What motivates religious terrorists today? Why do many of them believe that they do what they do with God’s sanction?

Why, among all the different types of power, is religious authority the easiest to abuse? How do we prevent this kind of abuse at Crossroads?

Why did Jesus ask Saul why he was persecuting Him if Jesus was in heaven, sitting at the right hand of God?

What does this tell us about how Jesus is no mere observer to our pain, but experiences our suffering right alongside of us?

Describe what Paul was probably trying to process during those three days of blindness, not only realizing that Jesus was the Christ, but that he had been wrong about God for decades.

In what ways have you been wrong about God? What corrections to your theology have had to happen over the years?

Now there was a disciple at Damascus named Ananias. The Lord said to him in a vision, “Ananias.” And he said, “Here I am, Lord.” And the Lord said to him, “Rise and go to the street called Straight, and at the house of Judas look for a man of Tarsus named Saul, for behold, he is praying, and he has seen in a vision a man named Ananias come in and lay his hands on him so that he might regain his sight.” But Ananias answered, “Lord, I have heard from many about this man, how much evil he has done to your saints at Jerusalem. And here he has authority from the chief priests to bind all who call on your name.” But the Lord said to him, “Go, for he is a chosen instrument of mine to carry my name before the Gentiles and kings and the children of Israel. For I will show him how much he must suffer for the sake of my name.” So Ananias departed and entered the house. And laying his hands on him he said, “Brother Saul, the Lord Jesus who appeared to you on the road by which you came has sent me so that you may regain your sight and be filled with the Holy Spirit.” And immediately something like scales fell from his eyes, and he regained his sight. Then he rose and was baptized; and taking food, he was strengthened. (Acts 9:10-19)

Why did Ananias hesitate to follow the Lord’s instructions to go find Saul and heal him?

In His response to Ananias, why do you think the Lord brought up Saul’s future mission and the intense suffering he would experience? Why was this enough for God’s servant to carry out the Lord’s commands?

How did Ananias know what happened to Saul? What can we tell from Ananias’ words, and Saul’s actions, that tell us the former religious terrorist had experienced saving faith and had trusted Jesus to save him?

Describe a time when “the scales fell off your eyes” and you understood something for the first time that made a significant impact on your life.

GROWING TOGETHER | Spiritual Friendship
Saul Proclaims Jesus in the Synagogues
For some days he was with the disciples at Damascus. And immediately he proclaimed Jesus in the synagogues, saying, “He is the Son of God.” And all who heard him were amazed and said, “Is not this the man who made havoc in Jerusalem of those who called upon this name? And has he not come here for this purpose, to bring them bound before the chief priests?” But Saul increased all the more in strength, and confounded the Jews who lived in Damascus by proving that Jesus was the Christ. (Acts 9:19-22)

What confounded the people the Jews in Damascus about Saul’s dramatic about-face in regard to the claims of Christ?

What did Saul probably say, even after such a short time following his conversion, to prove that Jesus was the Messiah for whom the Jews had been waiting for centuries?

What would those who knew you well (prior to your conversion) be surprised about you now?

Saul Escapes from Damascus
When many days had passed, the Jews[a] plotted to kill him, but their plot became known to Saul. They were watching the gates day and night in order to kill him, but his disciples took him by night and let him down through an opening in the wall, lowering him in a basket. (Acts 9:23-25)

Why would the Jews in Damascus want to kill Saul? Who helped him to escape his would-be executioners? How do you think Saul felt being on the other side of religious terrorism?

Describe a time when you received the help of fellow believers to overcome a challenge that you could have, in no way, handled on your own?

Saul in Jerusalem
And when he had come to Jerusalem, he attempted to join the disciples. And they were all afraid of him, for they did not believe that he was a disciple. But Barnabas took him and brought him to the apostles and declared to them how on the road he had seen the Lord, who spoke to him, and how at Damascus he had preached
boldly in the name of Jesus. So he went in and out among them at Jerusalem, preaching boldly in the name of the Lord. And he spoke and disputed against the Hellenists. But they were seeking to kill him. And when the brothers learned this, they brought him down to Caesarea and sent him off to Tarsus.

So the church throughout all Judea and Galilee and Samaria had peace and was being built up. And walking in the fear of the Lord and in the comfort of the Holy Spirit, it multiplied. (Acts 9:26-31)

Why did Saul need someone like Barnabas to vouch for him?

Who would vouch for you? Under what circumstances might you need this kind of support?

Why did people want to kill Saul no matter where he went?

Who would be the equivalent of Saul in your life, (or in our culture), if he or she were to trust in Jesus?

Why might you be a little skeptical about this person’s conversion? What would convince you that he or she was truly saved?

MOVING OUTWARD | Faith in Action
How have you experienced the scandalous grace of God? How would you be different today if you had not experienced saving grace?

Identify one of the least-likely people in your life to ever come to Christ, and if appropriate, try to connect with that person to see how he or she is doing.

If it’s not appropriate (or safe) to connect with that person, pray for his or her salvation at noon each day of the coming week.